Why We Ride: Dr. Lou Vaickus - The Victory Ride

Why We Ride: Dr. Lou Vaickus

Dr. Lou Vaickus has the same motivations as most who register for the Victory Ride to Cure Cancer presented by Braswell Family Farms. He’s dealt with cancer more than anyone should have to. His father had cancer, his father-in-law died from cancer, and he has a sister, cousin and three close friends currently facing the disease. Unlike most, however, he also confronts cancer daily in his professional life. Vaickus is an oncologist and pharmaceutical drug developer, so he never really escapes the grasp of cancer. 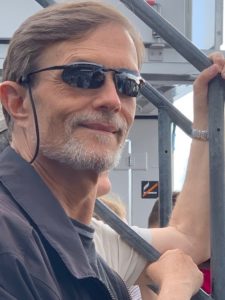 “Some people choose a profession. I feel medicine, health and research chose me,” said Vaickus. “I know the cancer space, its current research, the magnitude and what happens both physically and mentally to patients and their caregivers.”

Vaickus chose the Victory Ride because it united two things (putting an end to cancer and cycling) that he is dedicated to. “It’s exciting to think about so many cyclists being together at one time, moving forward for a cause,” said Vaickus.

Every dollar towards new research builds momentum towards Victory Over Cancer®, and Vaickus is hopeful that we’ll eventually see cancer relegated to a chronic disease controlled by medication.

“I want to remove the fear every time the word ‘cancer’ is said,” said Vaickus.

You can join Vaickus at the 2020 Victory Ride by registering here.