Why We Ride: Drew Dietrich - The Victory Ride

Why We Ride: Drew Dietrich

Drew Dietrich knows all too well what cancer can take away. More than 20 years ago, several years after he graduated college, a close friend of his passed away after a battle with cancer. That was his first close-up experience with cancer, and it inspired him to get involved. 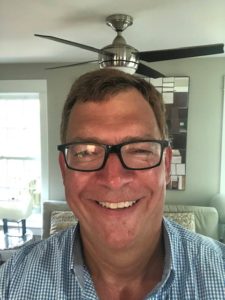 “Her death motivated me to get involved, and in 1997, I biked 160 miles over two days and raised $2,600 for a local cancer charity,” said Dietrich. “That led me to try bike racing, and I did that for more than a decade. Each time I won a race, I couldn’t help but think that my friend was a guardian angel keeping me safe and helping me cross the finish line first.”

So, recently, when his friend Robb was diagnosed with cancer, Dietrich knew getting on a bike would be a wonderful way to support his friend and help raise money. He chose the Victory Ride to Cure Cancer. Dietrich lives in Northern Virginia, but when he found out about the ride, he knew it was the right choice for him.

“Living up here meant it wasn’t the most convenient ride, but I have friends in Raleigh that I thought I could recruit to ride with, so I signed up without a second thought,” said Dietrich.

With the format of the ride changing in 2020, Dietrich decided to push himself and extend his ride distance to 116 miles, which covered a climb of Sugarloaf Mountain in Maryland.

“My friends thought I was crazy, but they decided to rally around me to support my ride and our friend Robb,” said Dietrich. “My friends really made the ride enjoyable with a ton of laughs along the way.”

While Dietrich admits there were some “dark moments” in the late stages of the ride, he got through without issue and notes it helped that his ride came on what he described as the most beautiful day of the year.

Dietrich continues to support cancer research in hopes of finding cures for cancer, but he also knows that small victories along the way are important for people like his friend Robb.

“We need to cherish any small victory that shortens time patients spend in the hospital, or increases the efficacy of medications or limits the invasive nature of current treatments,” said Dietrich.

Every small victory counts. And every dollar raised to support the best and brightest scientists brings us closer to more victories. That is how we are working together to achieve Victory Over Cancer®.